skip to main | skip to sidebar

God of the Weeds

Jesus is once again, patiently, creatively, doggedly trying to give the disciples an idea of the Kingdom of Heaven.
After the parable of the Weeds, Jesus gives the disciples an explanation, two parables later. I am a little suspicious of this, given that Jesus very rarely explained anything, and, like a Zen master tended to leave his puzzling words to work the minds and hearts of the listener. Modern scholars have been just as puzzled, and there have been many interpretations of what the parable of the weeds might actually mean. But one struck me as particularly likely, given what we know about Jesus.
This interpretation said that Jesus was indeed using the weed-clogged field as a metaphor for the Kingdom of Heaven, but this was a Kingdom of Heaven in which there were neither enemies, children of the evil one, a devil or weeping and gnashing of teeth.
Jesus was making a declaration against the efforts to purify a community of human “weeds” –an all to common tendency in those days. He is decrying the practice of making brutal distinctions between tribes, and exterminating or banishing those who did not fit in. Jesus suggests that these differences, if indeed they are significant, will be addressed by God on judgment day, and are beyond the scope of humankind to meddle in. Even the weeds, he says, must be left to grow, even to flourish along side the grain.
The news this past week has been devastating. The brutal “weeding out” of the other has reached such tragic proportions that the pain is sent like shockwaves all over the world. Four Palestinian children, a nine year old, two ten year olds and an eleven year old were killed last week as they played on the beach, by rockets from an Israeli plane. They were all from the same family, a family so devastated that the pictures of their faces are unbearable to behold. As their parents would say of these lost children, “To God they belong and to God they will return”
This was only the last incident in the killing of many Palestinian civilians, collateral damage in the surge of violence following the killing of three Israeli teenagers.
Two of the slain Israeli boys were sixteen, the other nineteen. The first clues the police found in searching for their bodies were their teffillin- leather-bound holy texts discovered in a burned out car. The teffillin are part of the life of every observant Jewish boy and are bound on their arms during prayer in obedience to the instructions in Leviticus: “You shall teach the commandments to your children and shall talk of them when you sit in your house and when you walk by the way and when you lie down and when you rise up. You shall bind them as a sign on your arm.” As the parents of the young men would say, “May their names be for a blessing”.
In our own country another example of weeding out of the impure has come home to us.
Seventy thousand children have been sent by their parents out of the most terrifying conditions to throw themselves on the barely existent mercy of our great nation. I heard a newscast describing the life of a child in Honduras, whose school has come under the control of a drug cartel. The drug lords send recruiters into the schools and if the teachers try to get in the way of the abduction of children, a gun is held to their heads. If they still don’t comply, they are shot. Then the abducted children are forced to go back into the school to recruit more innocents. Many people, including children, have been killed by these drug lords. But we don’t want the children here. We think they should be sent back.
The town of Murrieta, Arizona exploded in protest when buses of young immigrants, some as young as six years old, drove into town to process the overflowing numbers of children. A crowd held up signs that said, “Non-Yankees Go Home” and “Return to Sender.” The buses were forced to turn around and seek another location for the processing. Patrice Lynes, a Murietta resident was quoted as saying, “I’m so happy,” she said. “I feel Murrieta inspired America. I think it’s awesome… We’re standing up as patriotic Americans to enforce our laws at the borders.” I saw a picture of a detention center which I first thought was a picture of a morgue.
There were dozens of small bodies wrapped in what appeared to be tinfoil, laid out like sardines. I then realized they were sleeping children wrapped in emergency blankets. Walls of chain-link fencing surrounded the sleeping children. As their parents would say, Que sueñes con los angelitos “May they dream of angels.”
In Paul’s letter to the Romans, we are given us some welcome perspective- some desperately needed hope for the pain we are all feeling now, in this time of violence and brutality. Now, as Paul tells us, all creation is groaning with the labor pains, and not only the creation, but we ourselves, groan inwardly while we wait for adoption, the redemption of our bodies.

We await the birth of the time when we will know without hesitation that we are all children of the same God, all children of the same sower, all heirs as Paul tells us, free from the slavery of violence, of hatred.
I hope and pray that the sufferings of the present time will be worth the glory that will be revealed to us.
I have no doubt that Jesus would not rip out the tender shoots from where they are, knowing it would damage not only the introduced plants, but the wheat as well. I have no doubt that Jesus sees no difference between Israeli teenagers, Palestinian children, Latino refugees, and first world children.
I know that for all our pristine vestments, cathedrals and sacred vessels, God is not a God of purity. And in spite of the artistic interpretations of Jacob’s ladder, it must be remembered that the angels traveled up AND down that ladder, perhaps traveling down to lend a hand to those small sleeping angels. God is not a God of “up.” God is always down. Down to the level of the poor, the refugee, the wounded, the hungry, the weeds. God knows that you can’t build a bridge from up in the air. You have to start down low. At the level of a child.
The children killed on the beach were all from the same family, and we must somehow remember that we are all from the same family, all children of a God who knows our inmost parts, who has searched us out and knows us, and loves us even in all our brutal betrayal.
There is nowhere we can flee where God is not, as Godless as the world may seem. If we say, “Surely the darkness will cover us, and the light around us becomes night” God will be with us. Search us out, God, know us, and bring us into your new creation.
Amen. 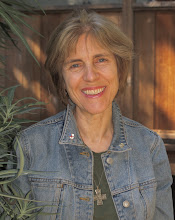 Este Gardner Cantor
I was ordained as an Episcopal Priest ten years ago and am now privileged to be the vicar of The Episcopal Church of the Good Shepherd in Berkeley. We are blessed to be situated in a rich, diverse community of many cultures and gifts. After a major fire in the church in October 2012, we discovered how many friends we had in this community, and we have continued to rebuild our church, and continue to build relationships with our neighbors. I live in Berkeley and am married to the architectural philosopher Matt Cantor. We have two daughters, Andrea, 23, living in Brooklyn, and Hannah, 21 finishing school at Bard College in New York. We all play guitar and eat sushi.

Shekinah: God as "She who Dwells Within"

"I sing in hymns to enter the gates of the Field of holy apples.

"A new table we prepare for Her, a lovely candelabrum sheds its light upon us.

"Between right and left the Bride approaches, in holy jewels and festive garments..." the Shekinah.